National Gas Company of Iran celebrated its 50th anniversary. Above 90% of urban areas and 70% of rural areas in Iran have access to natural gas, the main source of heating and cooking for Iranian households.

Currently there are nearly 300000 Km of pipeline all over the country, and the number of households having access to gas is about 24 million, i.e. 70 million people.

NGC aims to change its role from a “distributor” to a “consumption manager” in the energy sector of Iran and to reach its goal the company is determined to allocate its resources efficiently and out-source whatever is needed.

Recently Food and Drug Organisation of Iran has announced that the following products may no longer be permitted to make advertisements.

Juices made with less than 25% of fruit juice or with more than 6% of sugar, all kinds of sauces (mayonnaise, etc.) with fat over 30%, should not be advertised. The latter ones are not permitted to be imported either.

Sausages and hams are still to be categorized.

How many we are? 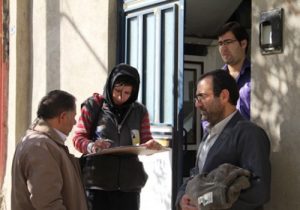 Latest census in Iran shows that the population is more than 80 million.

In parallel to usual methods, however, this year for the first time, the Centre of Statistics of Iran has called for online registration. As a test, the two results will be compared. In the first 4 days, 350000 households have registered.

According to CSI, 20K households registered hourly on the fourth day, this figure is supposed to reach 35K/hour. Internet based census will continue for the next 20 days.

Securities and Exchange Organization of Iran obligates banks and credit institutions to apply international standard frameworks (IFRS) to their accounting reports. Mandatory standardization (IFRS) in the reports of large companies in the bourse is a […]

More Petroleum for Iran President Rohani will officially inaugurate three more oil fields on south-west of Iran next to the Iraq border on Sunday. The production capacity of south-west fields now has reached 300 thousand […]

The Ministry of Roads and Urbanization announced that in the first 9 months of the current Iranian fiscal year, housing transactions have increased by 9% compared to the same period of the previous year. “In […]