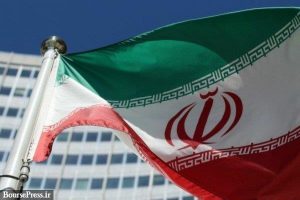 Iran’s goal is 8% growth rate for the next five years. For this $175billion annual investment is needed, at least $50billion should come through foreign investments.

To encourage foreign investors, Iran has to show stability of its economy. Fall in oil-prices over the last year, left Iran’s economy almost untouched, a totally different picture respect to other oil-exporting-countries.

Inflation rate reached 12.5% in March 2016 from 40% in June 2013. The Government plans to bring it below 10% by March 2017 and decrease the unemployment rate to 8%. These signals help Iranian Government to show its reliability to the international world.

Even during the sanctions, Iran GDP experienced growth of 3% from March 2013-2014. Main drive was industrial sector, contributing 1.1%-point to this growth rate.

Since fundamental infrastructure in both sectors already exists, Iran’s main focus is to rebuild them and move toward high added-value-products and services using foreign investments.

Iran plans to invest $70billion in Petrochemical Industry $70billion investment within the next 10 years. To boost its Automobile industry, Iran is seeking for European partners.

Although Iran owns vast mineral resources, Mining Industry contribution to GDP is only 1%. Developing this sector is another priority for Iran. In parallel it requires investments in transportation, at least $5billion in building rail-way.

Next week, the first round of US sanctions against Iran will take effect with Europe unable to present a clear solution yet. This issue may further increase the price of foreign currency. The Head of […]

Railways: Safe and Sound “Currently there are 10,500 km railways in Iran, but the country needs to add 9000 km”, said Mr. Pouraghaii, Vice Minister of Roads and Urban Development of Iran, at the inauguration […]

As the National Gas Company of Iran celebrated its 50th anniversary, the CEO, Mr. Araghi, held a presentation in Tehran Chamber of Commerce to summarize their achievements over the last three years. Above 90% […]