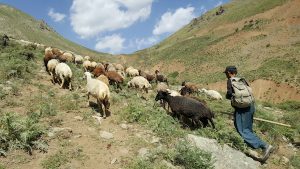 Although recently Iran is exporting dairy products to Russia, the overall export between March 2015 to 2016, has decrease by almost 5%, reaching $530 million.

Mr. Hassan Rokni, Vice Minister of Agriculture of Iran says that 9 million tones of milk are annually produced where less than 10% of it is exported.

Province of Isfahan, with 3.5 million sheep and cows, produces 1 million tones of milk per year, which makes this province to be the largest producer in the country.

There are 370 industrial dairy farms, 1000 quasi-industrialized and around 28000 traditional farms in this province.

Iraq is one of the main importers of Iranian diary products; though recently she has increased the import tariff by 30% to protect Iraqi producers. This seems to be a great concern for Iran.

Railways: Safe and Sound “Currently there are 10,500 km railways in Iran, but the country needs to add 9000 km”, said Mr. Pouraghaii, Vice Minister of Roads and Urban Development of Iran, at the inauguration […]

After defining the plan to make electricity gratis, now the government is considering to design another plan for water. But, there seems to be a big difference between these two. If you remember, we didn’t […]

Iran Economy in Brief Turns One Year Old – No.49