Which foreign currency will replace US Dollar in Iranian reports?

Little contribution of US-Dollar in Iran’s foreign trade has led the monetary authorities to take such decision. Since Iran’s largest trade partners are Europe, China and United Arab Emirates, Central Bank is deciding to either define a basket of foreign currencies or simply take the most common currency used in trades.

Read More about Base Currency for Iranian Reports 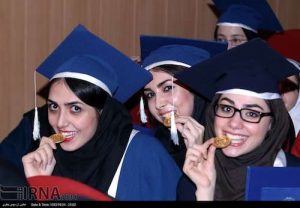 Since many courses are more focused on theoretical topics, when students leave the university, their skills are rather poor to help them be hired quickly.

Ministry of Labour of Iran says IT-graduates form the most unemployed group among the students. In this regard, this ministry in a collaboration with the Ministry of ICT is designing new projects to change this trend. So far the result has been the creation of 100 thousand new jobs.

In the first three quarters of the Iranian fiscal year, housing market has grown 9%, says the Ministry of Roads and Urbanisation.

Stagnation in this market led to recession in many other related sectors such as cement and steel. Now according to this Ministry, the market indicates positive signals: the number of finished apartments has increased and the growth is back to new construction license requests. However, the market needs not only investment but also consumers. To support this, Central Bank has promised to provide new facilities such as loans to empower the households to buy houses.

“86% of our renewable water sources are in use, equivalent to 100 billion cubic-meters. This figure is far beyond any international standard”, said Mr Haj Rasouliha, CEO of Iran’s Water Resource Management Co.

50 new dams will be opened by March 2017. Should this help the situation?

New foreign exchange rules have quite confused both exporters and importers in Iran. In order to keep the supply of foreign currencies in the country, the Central Bank of Iran has requested all exporters to […]

Living in Iran is like being inside a video game!

Living in Iran is very much fun. Why? Because it is rather like a video game. The only difference is that while for our foreign readers, it is more like “watching” (or reading) a video […]