Armenia gets more power from Iran 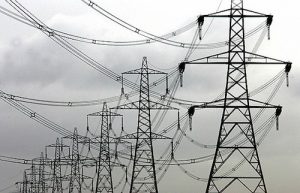 “A new power line for a transferring electricity to Armenia will be constructed by Iranian investment. The total capacity of electricity sold to Armenia is going to reach 1200 megawatts”, said Mr Hamid Chitchian, Energy Minister of Iran.

That means 400% increase from the current 300 megawatts of electricity sent to Armenia. Energy Minister of Iran explains the priorities regarding Energy collaborations: developing new energy transfer channels from south to north through Armenia and Russia and environmental protection programs are among them. Iran is also going to sell wind-turbines to Armenia.

Read more about Renewable Energies in Iran (in Italian language)

Estimates show that nearly half the SIM cards sold on the market are inactive. The ministry of communication and information technology announced that by the end of September of this year, 150 million SIM cards have been distributed across the country of which approximately 79 million are inactive, pointing to a penetration of 98.9 percent.

There are three major mobile operators in Iran: Hamrahe Aval (MCI), MTN Irancell, Rightel and Talia. Hamrah Aval is the oldest operator and with 18.5 million permanent and 46 million prepaid SIM cards, dominates the market. Irancell and Rightel focus is on prepaid services.

This MoU intends to codify a framework in order to develop trade and investment between the two countries in areas of exchanging financial, trade and banking information as well as increasing insurance coverage.

Clearance Time For Goods From Iran: Less Than an Hour

Market share and penetration rate of the Public Warehouses and Customs Services Corporation has increased from 7.6% in the last year to 8.7% in the current year. Vali Azarvash, CEO of Public Storage and Customs […]

It is almost clear: without a proper international payment channel to Iran, the nuclear deal cannot be saved. The German Foreign Minister, Heiko Maas, urges creating such channel between Europe and Iran, independent of the […]