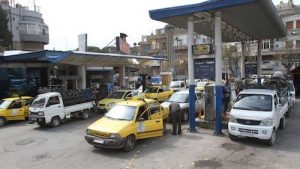 Following the privatization policies and plans in Iran, the National Oil Company of Iran has named 40 gas-stations in fifteen provinces for auction.

Private companies could buy these gas-stations in a leasing regime. The initial price for the whole 40 gas-station is $84million. The payment will be 30% in cash and leasing period is between 3 or 4 years depending on the gas station.

Here read about privatization in Iran.

“The revenue resulting from self-declaration of tax has significantly increased among businesses”, said the Head of Tax Organisation of Iran, Mr. Kamel Taqavinejad.

According to this organisation, from 1.6 million tax-forms distributed between small businesses for the current fiscal year, one million have been returned so far.

To increase tax revenue, the Government has launched a program based on trust, where business owners can self-declare their taxes, with encouraging results.

International Airport of Mashad shows an increase of 20% in the number of passengers compared to a year ago. There are 270 daily flights from this airport, and the total number of passengers in the current fiscal year (March 2016-2017) is expected to reach 9.5 million.

However, from 54 active airports in Iran, 90% are not profitable. There are only six very active airports, Mehrabad (Tehran), Imam Khomeini (Tehran), Mashad, Isfahan, Tabriz and Shiraz, while the rest depend on Governmental subsidies. One problem for under-using these 48 airports is lack of small aircrafts (up to 50 passengers) for provinces with less traffic.

Amir, 46, is sitting on a plastic stool in his small coffee shop. He speaks energetically with a client who is buying a pack of 250gr roasted Brazilian grinded coffee. Amir is happy and thankful […]

Reforms to change currency in Iran

On Monday, the Parliament has passed a bill according to which Toman will become the official currency of Iran. The new monetary reform which was waiting for approval for a long time now needs the […]