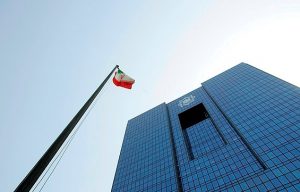 Banks Must Do Banking

Financing remains one of the biggest obstacles for Iranian businesses, particularly for SMEs. Low efficiency in financing system causes the cost of credit provided from banks to be much higher than what it eventually worth.

At the opening of 26th Annual Conference on Monetary and Exchange Rate of Iran, emphasizing that surveillance on banks should increase, Dr. Tayyebnia, Minister of Finance, said: “Our banks on average use only 58% of their resources for financing, the rest is out of circulation. Majority of banks are investing in real properties; this reaches up to 15% of their total resources”.

According to Dr. Valiolah Seif, Head of Central Bank of Iran, this combination shows that the growth in money supply has been healthy and therefore did not increased the inflation.

He also gives a report on the total credit provided by banks during this period: $137 billion (at the official exchange rate); 82% of it was assigned to working capital for Mining and Industrial sector.

Prime Minister of India, Mr. Narendra Modi, visited Tehran last week. During this visit 12 MoUs were signed both in industrial and cultural sectors.

As President of Afghanistan, Mr. Ashraf Ghani, also joined the meeting, developing Chabahar Port lied at the heart of the trilateral negotiations. India is going to invest $500 million in this port. Creating such an economic corridor will be highly crucial for the three countries.

Chabahr Port of Iran lies only 72 km from Gwadr Port of Pakistan, where Chinese are heavily investing and have developed China-Pakistan Economic Corridor.

Iran’s largest wind power plant to be built in Abadan

The largest wind power plant of Iran, with a capacity of 200 Megawatts, will be built in a cooperation of Khuzestan Power Company and the German company, EAB New Energy GmbH. The first executive phase […]

70% rise in prices of potatoes and tomatoes

Exchange rate fluctuations have affected prices of almost everything in Iran. However, the price rise in some goods has been more controversial. This includes rise in prices of potatoes and tomatoes. Taadol newspaper reports that […]

The Ministry of Industry, Mining and Trade negotiates with American General Electric and Whirlpool as well as Italian Ariston in order to revive domestic home appliance factories. “In order to renew Iranian home appliance manufacturers […]