The Minister of Roads and Urban Development questions the goal of producing 120 million tonnes of cement in 2025.

“Unfortunately, no steps have been taken to further the variety of cement products in the country and the goal of producing 120 million tons of cement in the country is illogical”, said Abbas Akhundi, Minister of Roads and Urban Development, in the 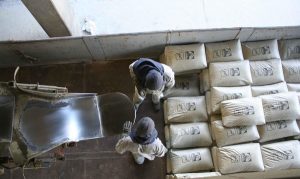 “At the moment, we have 40% excess cement in the country. Under these conditions a 50% increase in production in 2025 is questionable.”

“The plan for 2017 is to produce 57 million tons of which more than 20% is to be exported and the rest is to be used domestically,” said Morteza Dadash, member of cement industry association.

Based on the estimates by the Ministry of Roads and Urbanism, 100 m3 of natural gas is used to produce a single tonne of cement with a global price of 13 USD; meanwhile cement factories are paying 110 thousand IRR ($3.5).

In order to increase the usage of cement, the Ministry of Roads and Urbanism tries to submit a plan on which cement used in the development projects will be purchased on credit. Example usages of concrete in development projects include paving roads, airstrips and rail traverses which greatly reduce maintenance costs.

In the first 8 months of the current year close to 8.5 million tons of cement has been exported which is 4.6% less than the same period of last year.

The exportation chain of cement during this period was valued at $337m which shows 21% decrease compared to the previous year.

Living in Iran is like being inside a video game!

Living in Iran is very much fun. Why? Because it is rather like a video game. The only difference is that while for our foreign readers, it is more like “watching” (or reading) a video […]

One week; Two resignations The entire managing board of Securities and Exchange Organisation of Iran has been replaced after the former president, Dr. Fetanat, resigned last week. Health problems is said to be the reason […]

Decision made: car prices will increase After two years, Automobile manufacturers are allowed to increase their prices. Iran Khodro Co. can increase its prices by 1.81% and SAIPA by 0.4%. The difference is due to […]