Bank Mellat is one of the largest 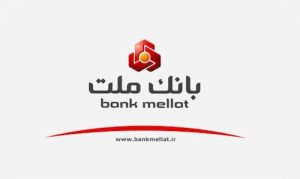 Iranian private banks. Its name means Bank of Nation. It was established in 1980 by merger of ten private banks. In 2009, Bank Mellat became listed in Tehran Stock Exchange, initially floating 5 percent of its shares.

Currently, the bank’s capital amounts to 50,000 billion IRR and is one of the largest commercial banks in the Islamic Republic of Iran and ranked among the top 1000 banks of the world.

Mellat Bank Holding owns various companies in financial sector such as leasing, investment and insurance companies, as well as other companies in construction and IT sector.

1: Official exchange rate used on the date of publication; 1 USD equivalent to 37,175 IRR.

2: Only shareholders with more than 3% of shares are specifically named.

Mines and Metals Development Investment Company (MMDIC) is a leading regional mining and metals group which focuses on exploring, mining, processing and marketing the mineral resources and metallic products in Iran. The group was established […]

Tehran Stock Exchange (TSE) declined for three consecutive days from the beginning of the week. However, following the news of the upcoming offer of iron ore at Iran Mercantile Exchange (IME), the two largest iron […]

The Iranian President’s visit to India was among the most important events of the week. India reversed a law which had previously only benefited investors in Bhutan and Nepal, allowing Indian investors to use rupees […]