More fish to be exported

In a visit to Dezful, the Head of Iran Fisheries Organization, Hasan Salehi said: “For the Iranian fiscal year 1400 (2021) we aim to export fishery products worth 900 million dollars. In this plan, exportation of caviar and caviar fish produced in Dezful has also been forecasted.”

Mr. Salehi had traveled to Dezful to inaugurate the first phase of the largest aquaculture complex in northern Khuzestan Province. This project is comprised of 55 aquatic and caviar fish farms, and for phase one, 15 billion IRR ($460k) has been spend on each farm. Dezful is a city in the southwest of Iran, located near the Dez River and on the Khuzestan plains.

Based on figures from the Ministry of Agriculture, last year 105 thousand tons of aquaculture products valued at 412 million dollars were exported. Mazandaran Province, on Caspian See, hold the first rank in aquaculture and Khuzestan holds the second rank.

Iran and Vietnam to reach $2b export 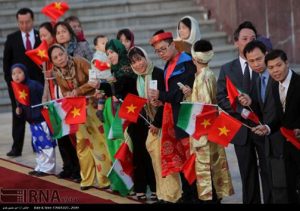 Iran and Vietnam move towards free trade. An agreement for preferential trade between the two countries, is to be the first step. Minister of Industry and Mining, Mohammad Reza Nematzadeh, hopes to increase the export to $2b level. Currently Iran’s export of non-oil goods to Vietnam is less than $400m, while the import from Vietnam is $40m. Vietnamese hope to resume the export of rice to adjust their balance.

“RAJA currently has one thousand passenger wagons of which 750 are in use and provide 20 to 25 thousand seats for passengers traveling across different routes every day. RAJA plans to increase its number of wagons to more than 1200 units over the next three years”, said Mohsen Yavari, the Technical Manager of RAJA.

RAJA intends to acquire these wagons from domestic manufacturers with foreign partners; RAJA plans to provide 25% of the financing.

Transforming Kerman into a solar city 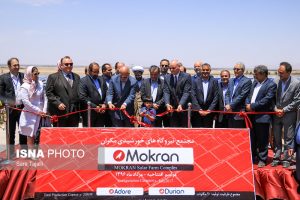 Mokran Solar Power Plant Complex in Mahan county, in Kerman Province, became operational. The ceremony was attended by the Minister of Energy, Hamid Chitchian. This complex, comprised of two 10MW power plants, and was constructed with a 27 million Dollar joint investment by Mokran Solar Energy Co. and the German Durion Energy. The six-month-long project was managed by Adore Group.

Correction: In our previous edition, Iran Economy in Brief No. 77, the departure date in “Taking off for Hajj” story, was “31 July”. We apologize for the mistake and would like to thank our perceptive readers.

One of the ever-lasting topics in the Iranian automotive industry, is the huge debts of automakers towards auto-part manufacturers. Since these debts have been accumulated for a long time, auto-part makers claim an interest on […]

The 8th Iranian month, Aban, has proved to be the worst for Tehran Stock Exchange (TSE) over the past four years. Despite flourishing market last summer, during the last month the market main index, TEDPIX […]

South Korea to finance the construction of 450 rail bus wagons which are to be constructed by Hyundai Rotem and Iranian IRICO. The contract, which was signed on Monday, is valued at 700 million euros. […]