For the first time, investors can trade options at the Iranian stock exchanges. Iranian capital market is getting equipped to tools to make it more efficient and capable as a source of financing for companies. Briefly the market expects the opening of Foreign Currency Exchange as well. 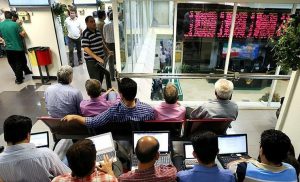 Dr. Hassan Amiri, the Security and Exchange Organization’s deputy for supervision on exchanges and issuers, called options one of the most important derivatives: “due to the value of this financial derivative, great efforts have been made to start options trading. An effort which has paid off today as we see the beginning of options trading in Iran. A derivative whose absence was felt in the market for 50 years.”

SEO’s deputy for supervision on exchanges and issuers considered this the first step in options trading and was emphatic that trading of other derivatives will also commence in the market.

On the other hand, due to fluctuations in the currency exchange rate in recent years, Iran intends to open a currency futures market.

Hamed Soltani Nejad, CEO of Iran Mercantile Exchange (IME) had previously announced the possibility of establishing a currency futures market by the end of this year and said: “If currency exchange rates are unified, the currency future market will be established by the end of the year. This market can cover the risk of exchange rate fluctuations and is a useful tool for providing security to the financial market. However, to achieve this goal, first the issues of unifying the exchange rates and the inter-bank currency market must be worked out.

The SEO alone cannot however establish the currency futures market as the Central Bank of Iran controls the country’s currency policies.

Shahpour Mohammadi, director of the SEO also announced the possibility of establishing the currency future market by the end of the Iranian fiscal year, i.e. 21 March 2017, and said: “The execution of this project relies on the Central Banks foreign currency policies. We have obtained permits to establish this market from the Exchange High Council. However, we are waiting on the Central Bank green light. Based on the law, the Central bank is in charge of policies for foreign currencies in Iran”.

What was going on in Iran over the last few weeks? Here we have made a summary for you: Sepah Bank Opens $1b Line of Credit for Bidboland Project Billions of Investments in ICT Sector […]