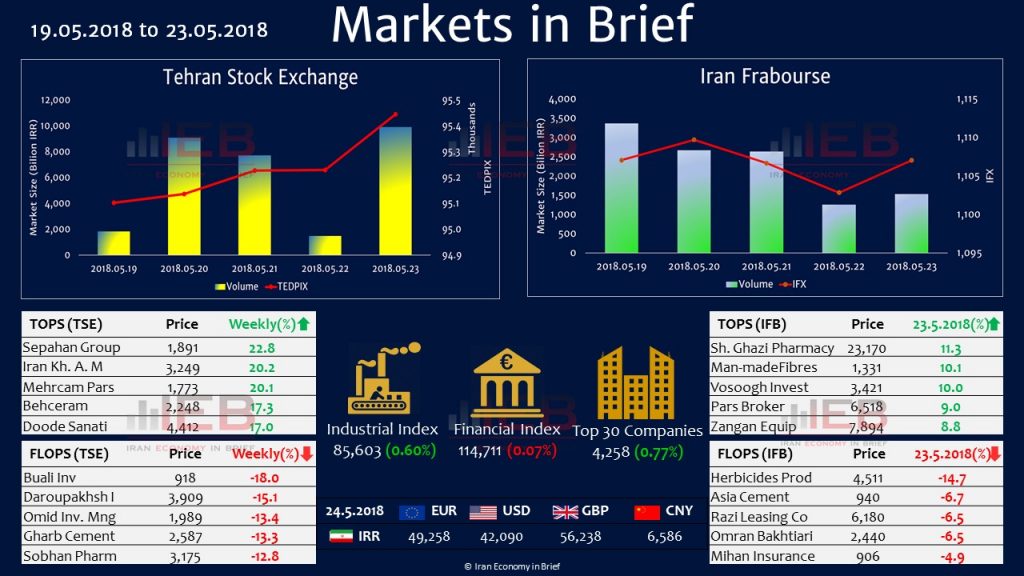 The second month of the Iranian calendar, Ordibehesht, is over. A month in which the first two weeks sent the trades at Tehran Stock Exchange rapidly down and the second weeks pulled them up. The trade atmosphere during the first half of the month was dominated by new foreign currency policies as well as uncertainties about Donald Trump’s decision.

The second half, however, was relatively more certain. Importers and Exporters are getting settled with the new electronic exchange system, NIMA. Investors, waiting to see how Europe wants to protect the nuclear deal, have mainly turned toward the industries which will be less vulnerable to the US sanctions. These include the mid-sized industries such as foods and drinks as well as construction industrial groups.

TSE’s main index, TEDPIX, dropped 0.3 percent during the month of Ordibehesht and the market lost 1.6% of its capitalization, equivalent to 1.5 billion USD. See the charts above.