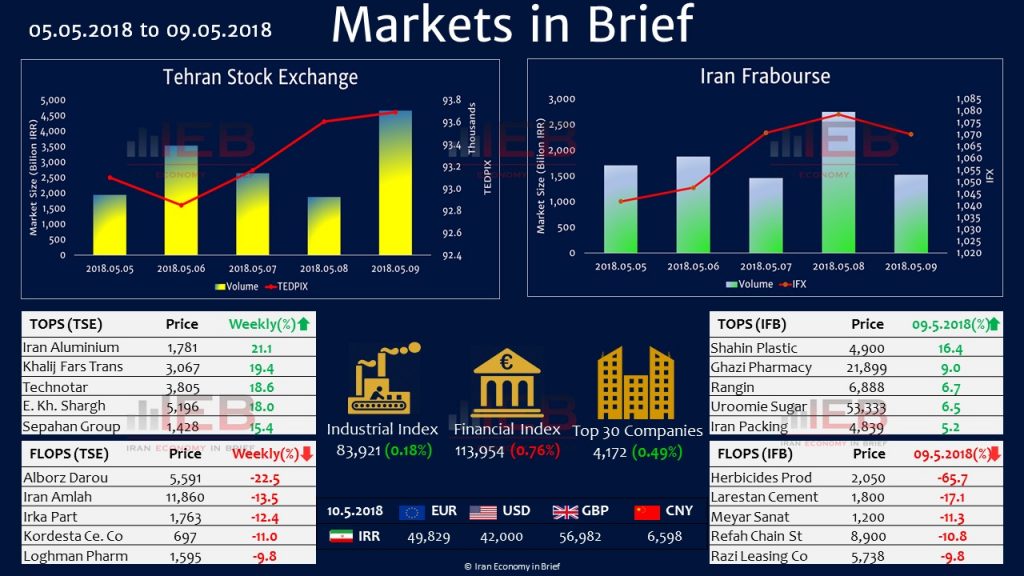 Tehran Stock Exchange passed a very excited week, but its overall trend was positive. TSE dropped significantly over the first days of the week, however, once the decision of Mr Trump to leave the nuclear deal became clear, the market regained its stability and resumed growth. Overall, TSE’s main index, TEPIX, stood at 93,691 points on Wednesday afternoon, 0.1% higher than a week ago.

Growing prices in the oil market, can positively enhance the Iranian oil and petrochemical industries, as it once did in the past until 2012 when the EU agreed to an oil embargo on Iran. Since negotiations between Iran and EU are underway, unless history repeats itself, these sectors may positively proceed at the moment. See the charts above.

Tehran Stock Exchange (TSE) continued rising until Tuesday, then it started to fall. It seems that the creation of a parallel market for exchange rate has been appealing to the exporters. They can sell their […]