Iron ore to be offered on Iran Mercantile Exchange from the end of January.

From February 2017, local iron ore producers can use Mercantile Exchange instruments such as futures and forward contracts to sell their products. So far, iron ore was just offered at the export hall of mercantile exchange. 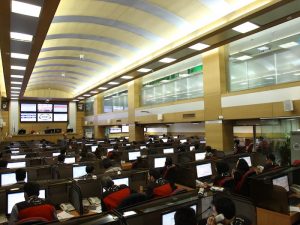 “Based on the agreement reached, domestic iron ore is to be offered on Iran Mercantile Exchange (IME) from the end of January”, said Hamed Soltani Nejad, CEO of IME, in the 14th International Conference of Producers and Exporters of Iron Ore.

According to its chief, IME’s policies tend to help production by removing trade obstacles and improving the country’s financial system. As a result, developing iron ore domestic and exportation markets and increasing the private-sector’s share are projects that IME has planned to carry out.

“Trade of all products involved in the Steel Industry and providing the financial tools for iron-ore mines, as well as establishing tools to hedge their risks are among the most important future plans of Iran Mercantile Exchange”, details Mr Soltani-Nejad.

The first offering of iron ore was 200K tons at the export hall of IME produced by Gol Gohar Mining and Industries in September 2011. Since then, a total of 12.2 million tons of iron ore, worth $712m, has been offered on the Mercantile Exchange for export.

From July 2014 to November 2016, 3170 billion IRR ($98m) of forward contracts from Gol Gohar Mining and Industries Co. has been traded on Iran Mercantile Exchange.

Iran Mercantile Exchange was founded in 2006 to be a transparent and systematic place for the trade of commodities and derivatives. Since then by offering new financial instruments, IME tries to become more attractive for different industries.

Tehran International Book Fair, the largest cultural event in Iran, was inaugurated on Wednesday, May 2. In 2018, 1900 Iranian and 149 foreign publishers from 21 countries participated. What can distinguish Tehran Book Fair from […]

The second month of the Iranian calendar, Ordibehesht, is over. A month in which the first two weeks sent the trades at Tehran Stock Exchange rapidly down and the second weeks pulled them up. The […]

The price of housing in Tehran has grown by 30% compared with last year, and the western part of Tehran, especially small apartments have seen the largest growth. Shahrvand writes that the price of construction […]