What was going on in Iran over the last few weeks? Here we have made a summary for you: 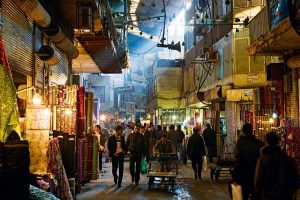 Sepah Bank Opens $1b Line of Credit for Bidboland Project

Sepah Bank, announced the opening of a $1b credit line for the country’s largest syndicated banking project.

The project is the construction of a second Bidboland Refinery in Behbahan, Khuzestan province and is being carried out by Persian Gulf Bidboland Gas Refinement Co. The investment cost for the project has been estimated at $2.2b.

Billions of Investments in ICT Sector in Iran

The Government expects an investment of $18.5b in ICT-sector over the next five years. In parallel the bandwidth is planned to be 4-folded.

Based on statistics released by the Central Bank of Iran and the Ministry of Economy, in the first six months of the current Iranian fiscal year, i.e. March 2016, the country has witnessed 7.4% economic growth. Thanks to the nuclear agreement in January 2016, a large portion of this growth is due to increase in production and exportation of oil. However, other sectors such as industry, agriculture and services have all played important roles.

Read More on Problems in Financial Market of Iran

Only Private Sector in Charge of Building Power Plants in Iran

Iranian Government will no longer build power plant nor dams, announces the Ministry of Energy of Iran.

“The policy and outlook of the Ministry of Energy, especially based on the sixth five-year plan, starting from March 2017, is to create the conditions for the private sector and foreign investors to take part in water, electricity and sewage development projects”, said Alireza Daemi, Deputy Minister of Energy.

Negotiations with the German carmaker, Volkswagen, over the production of CNG vehicles in Iran, strengthens the possibility of increased CNG fees from the government.

Not increasing the fees for CNG since 2014 has caused some problem for station owners and slowed the interest in opening new stations from the private sector. TheNational Iranian Oil Product and Distribution Company (NIOPDC) has therefore requested a reconsideration of the current fees.

Iran’s largest wind power plant to be built in Abadan

The largest wind power plant of Iran, with a capacity of 200 Megawatts, will be built in a cooperation of Khuzestan Power Company and the German company, EAB New Energy GmbH. The first executive phase of the power plant has begun in Abadan’s Arvand free zone with based on foreign direct investment (FDI). The total value of the investment is approximately 350 million euros which will create 150 job opportunities for university graduates.

Oil exports may not drop below 1.5 million bpd

The return of sanctions will not drop Iran’s oil exports to below 1.5 million barrels a day, said Reza Padidar, Member of the Board of Directors at the Tehran Chamber of Commerce. Out of the […]

In recent years, economic relations between Iran and Georgia have been improving. Georgian government removed the entrance visa for this country in 2015 which lead to a rapid growth in the tourism industry in this […]

Over the past years, if not decades, we have got used not to take seriously the government’s economic forecasts. However, it seems that we should get used to take even international institutions’ forecasts not seriously […]