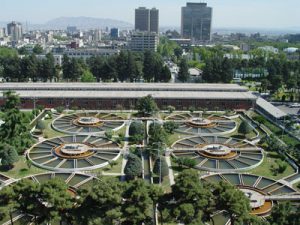 So far the Energy Ministry of Iran has spent nearly $4,7 billion on developing water and wastewater networks in the country, says the CEO of National Water and Wastewater Network Engineering Company of Iran (NWW), a state-owned company.

Financing the projects was a result of a combination of $1,6 billion from bank loans, $2 billion from national and international financiers and $1,1 billion from selling bonds. NWW’s chief, Mr. Janbaz, believed that by providing low-interest loans, it will be possible to get more private contractors involved in the projects in order to speed up the developments. He adds that producing one drinkable cubic meter of water costs 30.000 IRR (almost 1 USD), while a typical household pays only 3400 IRR (11 US-Cents) for it. The difference is paid by the Government. Realistic prices would help the Government to make subsidies available where it is most needed.

In order to protect the automobile battery producers, the import tariffs on the batteries in Iran has been set to nearly 70%. This puts cars’ batteries at the same tax-category as luxury products.
Head of automobile battery producers’ Syndicate, Mr. Aliakbari, says that 50% of batteries used in Iran are produced locally, 10% legally imported and 40% are smuggled due to high import tariffs.
According to Iran Traffic Police, there are 17 million cars in Iran – heavy and light – some may need one and some two batteries. Syndicate president says that although keeping exact statistics on production is difficult, they believe that 11 vehicle-battery manufacturer in Iran, produce about 6 million batteries annually. This is about 60% of their production capacity.
By law, on automobiles produced locally, imported batteries cannot be installed, assuring the market for battery manufacturers to some extent.

Aluminum Complex: A plan for 1.5 million tons production Iran aims to three-fold its aluminum production by 2025. As aluminum is an energy-consuming industry, one of the key factors is where to build the plants. […]

Growth in Capital Market: Necessary but not Sufficient “When the new Government got the office, Tehran Stock Exchange size was $79 billion, this figure today is $184 billion” said Dr. Fetanat, Head of Securities and […]

Tavanir Co. has announced plans by the Ministry of Energy to control energy consumption in peak hours during summer. With the weather getting hot from June to September, the consumption of electricity increases significantly and […]