Self-Sufficiency at Wheat Production: worth the Price?

Ministry of Agriculture of Iran is happy that once again, the country has reached self-sufficiency in wheat production. This result was achieved once in 2006.
Thanks to more rain fall this year and some improvements in agricultural management, more than 11 million tonnes of wheat is expected to be harvested in the current season. The government will buy the grain from the farmers, paying 130000 billion IRR, equivalent to $4.2 billion at the official exchange rate.
Read More about Wheat Production in Iran

Two reports and a huge difference 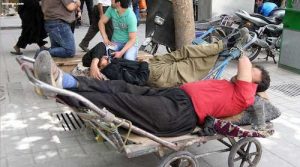 A report by the Centre of Statistics of Iran in April 2016 showed that the unemployment rate is 11%; the report gave a number for the unemployed: 2.7 million people.
Last week, Deputy Minister of the Cooperative Labour and Social Welfare, said there are 6 to 7 million people unemployed in the country, 30% are young and 4 million are poorly educated or skilled.
This is not the first time that statistical reports do not match in Iran.

Negotiations with the German carmaker, Volkswagen, over the production of CNG vehicles in Iran, strengthens the possibility of increased CNG fees from the government. There are more than 2000 CNG stations in Iran. Although the […]

Although recently Iran is exporting dairy products to Russia, the overall export between March 2015 to 2016, has decrease by almost 5%, reaching $530 million. Mr. Hassan Rokni, Vice Minister of Agriculture of Iran says […]

Packaging: a main drive for rising price of eggs in Iran

Although the price of eggs in Iran has risen by 40 – 45% last week, producers are more worried about the provision of boxes for packaging. While previously the fall in production caused the rise […]