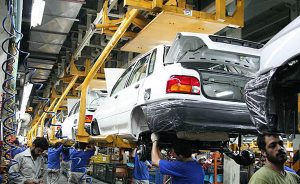 After Iran Khodro, now it was SAIPA’s turn to sign a final agreement with a French carmaker; this time Citroën won the deal.

The joint venture consists of establishing a 50-50 joint company with Iranian and French management board which will produce cars and components in Iran. 30% of products will be exported.

Citroën will initially invest up to 300 million Euros, says the CEO of SAIPA, this will be increased in the next phases.

The plan suggests that the first engines produced by the joint company will be at the market in 2019.

Toxic emission of the new cars will have Euro 6 standard, which can be upgraded to Euro 7. Which in long term can help many large cities in Iran suffering from high pollution.

Currently there are 6500 buses running in Tehran; 45% of them are over 8 years old. Tehran Bus Transport says every day 300 buses are sent to repair shops and 500 buses should annually be eliminated.

Tehran Bus Transport Company says that to reduce the waiting time at the bus stops and make it less crowded, Tehran needs 9000 buses.

This additional number of vehicles would cost nearly $600 million (with the Governmental subsidies).

Tehran Bus Transport Company’s turnover is $13 million (at Governmental Exchange Rate), by far less than the budget it needs to increase its capacities.

Read More Buses in The Capital

The real estate market in Iran capital, Tehran, is experiencing a significant recession due to Covid-19. According to the latest report by the Ministry of Road and Urban Development, the number of sales in the […]

Next week, the first round of US sanctions against Iran will take effect with Europe unable to present a clear solution yet. This issue may further increase the price of foreign currency. The Head of […]