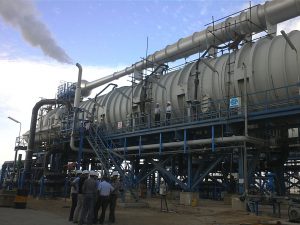 Hamidreza Kashfi, Director of Financial Resources at Iran Water and Wastewater Engineering Company, announced desalination of sea water as one of the policies pursued by the Ministry of Energy in order to provide drinking water and water required by different industries.

The country’s current capacity is very low compared to countries south of the Persian Gulf and Oman Sea. Therefore, the Ministry of Energy has planned to cover 100 km of the southern border of Sistan and Baluchestan, Bushehr and Hormozgan provinces in order to provide drinking water and solve the water crisis.

The Deputy Minister of Energy, Rahim Meydani, believes this method to be financially feasible in the southern cities of the Fars province and has announced Government plans to assign projects in this region early next year.

Currently all of Iran’s southern islands including, Kish, Qeshm, Hormoz and Greater and Lesser Tunbs use desalination.

“All of these projects are being carried out by the private sector and the Government is purchasing the water and sewage at a guaranteed price which is different based on the region”, said Mr Kashefi.

Up to now all investors have been domestic and foreign investors have not been involved in these projects. The cost of desalination is estimated between 30 to 60 thousand IRR per square meters (0.9 to 1.8 USD/m2).

The second new Airbus, purchased after the lifting of sanctions, which is an Airbus A330-243, landed in Mehrabad International Airport on Saturday morning, March 11. During sanctions, the Iranian avionics industry suffered greatly. Abbas Akhundi, […]

Iran ready to become a shareholder of South African refineries

March 7, 2017 Industries Comments Off on Iran ready to become a shareholder of South African refineries

Bijan Zangeneh, Iran’s Minister of Oil announced Iran’s willingness to purchase shares in South African refineries in a meeting with the South African Minister of Energy this week. It is mainly a strategy to guarantee […]

Mining Industry in Iran needs to be revived

by Dr. Mahya Karbalaii in Companies Comments Off on Mining Industry in Iran needs to be revived

Although Iran ranks among one of the most resourceful countries by the number of its mines, however mining industry in Iran makes only 0.53 percent of the total GDP. According to Iran’s Mining House, 98 [...]

Signup for our newsletter

All Rights Reserved to Iran Economy in Brief